How to Word Your Invites

Traditionally the males name comes first on wedding invitations; however it is now more common for women to choose to list their name first.

This is because a lot of women are of the view point that it is ‘their special day’ and so their name should come first. Deciding on which partners name comes first is purely an individual choice and is no longer constrained by customs.

If you’re including your parent’s names,
which set of parents names comes first?

Traditionally you would list you parent’s names on your invitation as the hosts of your wedding as they would be paying for a large proportion of the wedding costs.

Commonly the parents who were paying the greater percentage would be listed first, this was often the bride’s parents. Nowadays this is however less common with more and more couples paying for the bulk of their wedding on their own. In this case it becomes a personal preference if you include your parent’s names, as a general rule you should select to list your parent’s names in the same order as the bride and grooms.

A lot of couples choose to pay respect to their parents by choosing to include the words ‘together with their families’ before listing their own names. This way your parent’s are still represented in your invitation.

Etiquette suggests that if you’re parents are divorced, not remarried and are hosting your wedding together that you should word the invitation by having your mother’s name on the first line. 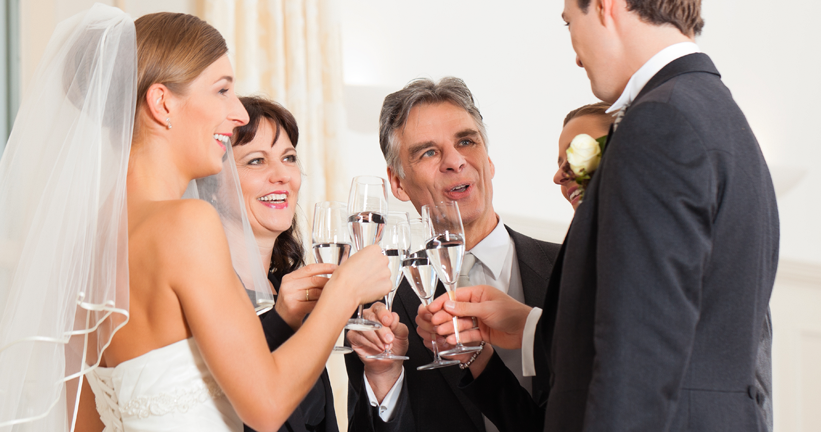 Followed by your father’s name beneath on the second line, there should be no ‘and’ separating the names. Another common alternative to highlight that you’re parents are hosting without specifically listing both the brides and grooms parent’s names is simply to say ‘Together with their parent’s’ or ‘Together with their families’.

This way all parents have been identified.